The Chinese state-run Global Times newspaper applauded its bosses on Tuesday for playing "an increasing important role" in helping the Taliban cement its stranglehold on Afghanistan through business ventures, particularly in pursuit of the country's vast mineral wealth.

The Taliban, a Sunni terrorist organization, seized control of the country a year ago on Monday as a result of leftist American President Joe Biden extending the 20-year Afghan war beyond the previous deadline of May 1, 2021.

The group, which had previously agreed to negotiations with the U.S.-backed Afghan government, responded to Biden extending the war into September, and then walking back the deadline to August, by launching tens of thousands of attacks on the government and ultimately making it into Kabul.

Then-President Ashraf Ghani, who insists he remains president of Afghanistan to this day, immediately fled the country upon the Taliban's arrival in the capital.

Taliban jihadists have struggled to make their newfound power profitable, as Washington and international financial institutions have frozen Afghan government assets to prevent the group from spending that money. To offset the damage to them that bank freezes and sanctions on the group have caused, Taliban leaders have invested heavily in an alliance with China – a nation currently engaging in genocide against Muslims.

The Chinese Communist Party has been happy to oblige, increasing purchases of Afghan exports and funding the construction of factories in the country. 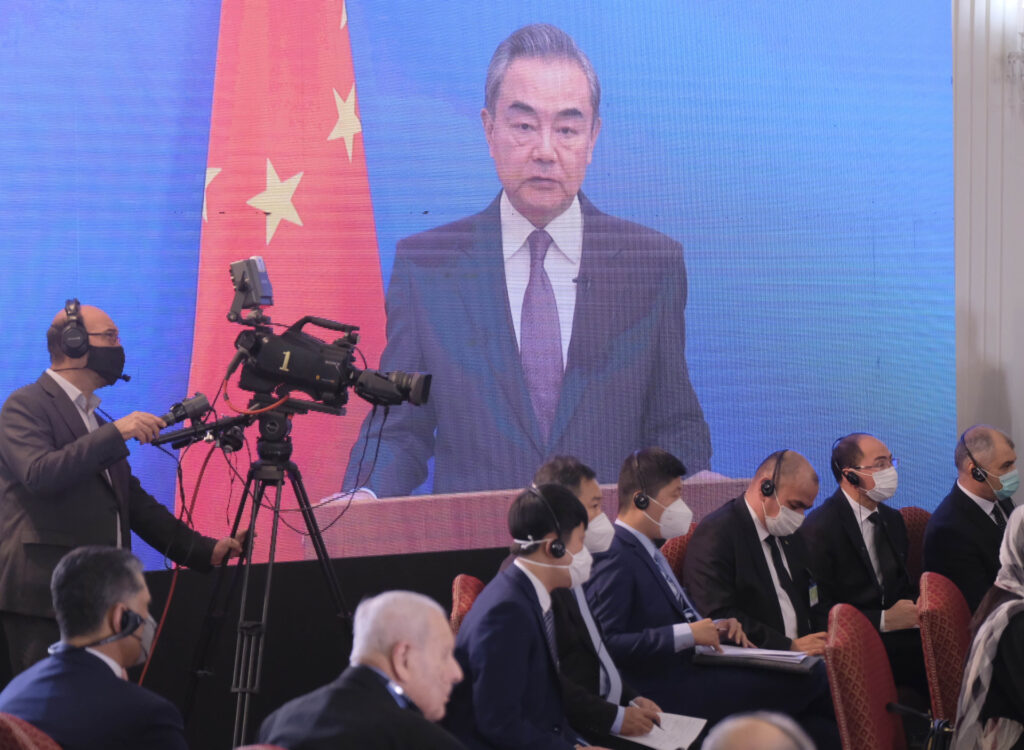 The Global Times marked the anniversary of the Taliban's takeover by stating that Beijing "can strengthen cooperation in agriculture and mining, where they are complementary in terms of technical advantages and resources."

"Afghanistan is rich in high-quality copper ore and other raw materials while China's technology and infrastructure capability enables these materials to be well exploited," a Chinese regime-approved "expert," professor Yan Wei, told the propaganda newspaper. "These raw materials are also important resources for industry supply chains."

The Global Times noted that Chinese mining companies have increasingly scheduled talks with Taliban leaders to discuss the potential of that industry.

"Just a month ago, an Afghan government official from the mining sector met with the representative of Chinese mining company Metallurgical Group Corp, the company that owns the Aynak copper project," the outlet reported, "during which both sides talked about the latest developments, and technical, financial and land acquisition issues regarding the Aynak project, according to the ministry."

FOLLOW THE MONEY: Chinese state media admits China’s blossoming ties with the Taliban are aimed at getting control of Afghanistan’s mineral wealth. https://t.co/PVM51xUgpY

The Global Times also applauded an increase in Chinese imports of Afghan pine nuts – a trade that the Taliban has especially touted in its own propaganda – though minerals may prove to be far more lucrative.

Experts have estimated that Afghanistan may be home to between $1 trillion and $1 trillion in untapped mineral resources, including large amounts of rare-earth minerals like lithium and cobalt, key to the development of "green" environmental products and the manufacture of mobile phones, laptops, and other electronics. Copper is also a pivotal resource for electric vehicle batteries and other environmental technologies.

A year later, Chinese outlets celebrated the Taliban, claiming the terrorists had achieved an "overall significant reduction in armed violence" for the average Afghan citizen, despite widespread poverty and fear under the jihadists' reign of terror.

"Several interviewees pointed out to the Global Times that the Taliban's administrative capabilities are comparatively more advanced, but the 'tribal culture' still holds great sway in their governing style," the state newspaper reported this week. "They said the security situation in the country has improved since Taliban took power." 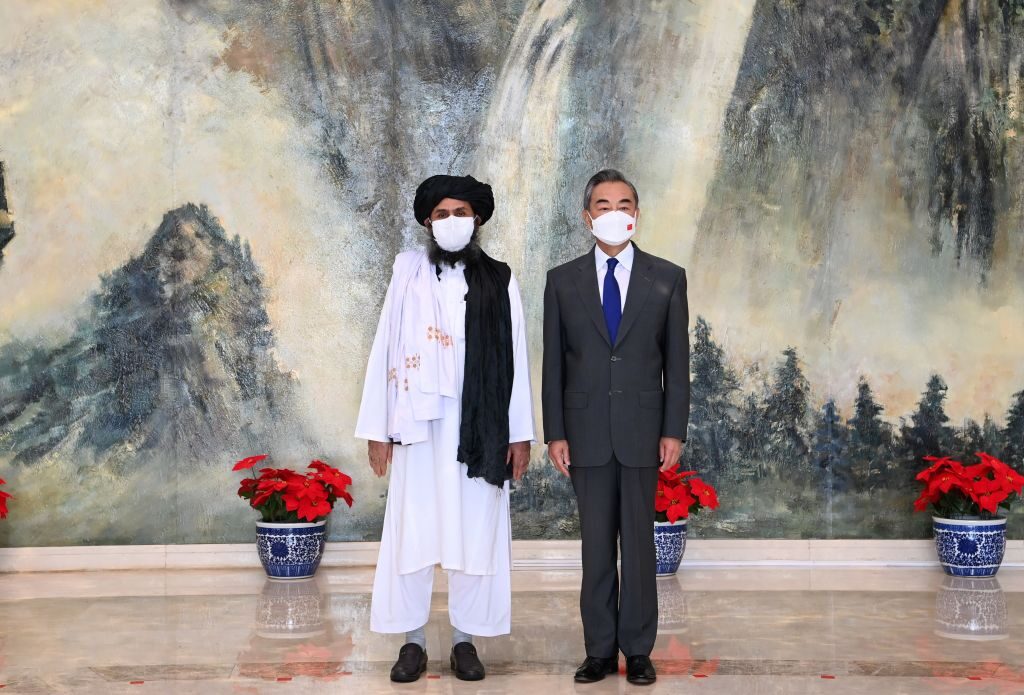 "China, our great neighboring country, can have a constructive and positive role in the reconstruction of Afghanistan and also in the economic development and prosperity of the people of Afghanistan," Taliban spokesman and current United Nations envoy Suhail Shaheen said last year. "It is expected [that] China [will] play its role."

Top Taliban "diplomats" have held multiple talks with Communist Party officials in the past year, many emphasizing economic cooperation. Taliban leaders have stated that they hope to join China's Belt and Road Initiative (BRI), Beijing's debt trap program offering infrastructure projects to poor countries at prices they cannot afford, and accepted an agreement for a Chinese company to build 150 factories in the outskirts of Kabul.

"Afghanistan supports China's major Belt and Road Initiative and is keen to see Afghanistan play a useful role in regional integration through this project," top Taliban diplomat Amir Khan Muttaqi affirmed during a visit to China in March.

More recently, this month, the Chinese government funded the construction of a teaching building and auditorium in Kabul University meant to house the institution's "Department of Chinese Language," referring to Mandarin. The product was completed under the auspices of Taliban "

China Boasts 'Increasing Important Role' in Propping up the Taliban have 1154 words, post on www.breitbart.com at August 17, 2022. This is cached page on TechNews. If you want remove this page, please contact us.