The stock market suffered its worst first half since 1970, with the S&P 5000 falling nearly 20 percent since the start of the year. The broad index is down 21 percent from its high in early January and has been in bear market territory since early June.

There are some who will take comfort in the fact that the 1970 first quarter bear market was followed by a solid rebound. We are not so confident. The effective Fed Funds rate at that time was dropping from 9.25 percent in December of 1969 to 4.74 percent in December of 1970. In other words, the Fed was loosening the stance of monetary policy. Today, we have the opposite, with the Fed rapidly tightening to get inflation under control.

So, we are in an unusual situation in which the economy is very likely shrinking for a second consecutive quarter while the Fed is raising rates. 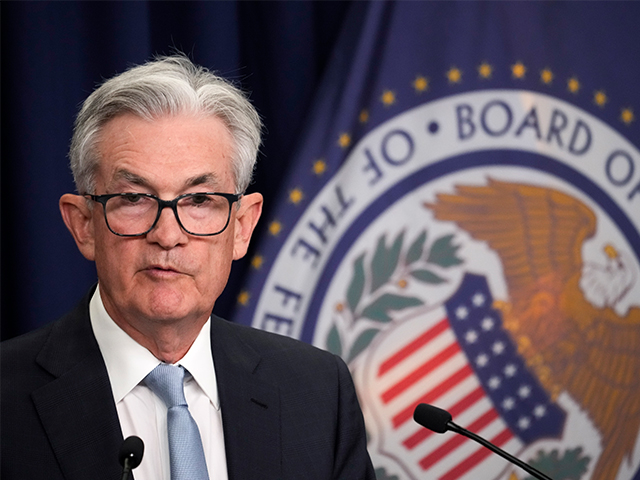 Federal Reserve Board Chairman Jerome Powell speaks at a news conference on June 15, 2022, in Washington, DC, after the Fed announced a three-quarters of a percentage interest rate hike. (Drew Angerer/Getty Images)

Household spending slowed in May to advance just 0.2 percent, the smallest monthly gain this year. Economists had forecast a bigger 0.5 percent gain. The previous month's gain was revised down from 0.9 percent to 0.6 percent, indicating that the U.S. consumer spending was already weaker than previously thought.

Those figures do not account for inflation. Once you account for inflation, consumer spending actually fell 0.4 percent compared with a month ago. As we've pointed out a number of times, many of the prices of the economic data points that are published in nominal dollars have been largely concealing a real contraction. Americans are spending more but getting less.

Following the publication of the weak spending figures, economists across Wall Street began to scramble to bring down their estimates for Gross Domestic Product in the second quarter. S&P Global Market Intelligence, which had been expecting slight growth, now expects a 0.7 percent contraction. We expect we'll be hearing from all the big banks in the days ahead. With growth projections already quite low, there are good odds that the revised forecasts will be negative. 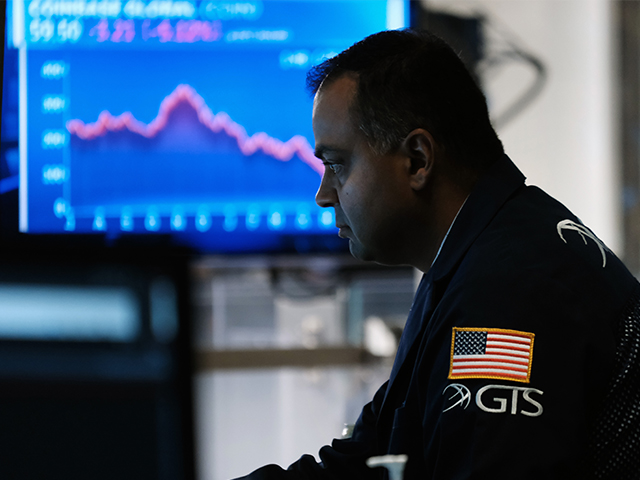 The Atlanta Fed's GDPNow model has the economy shrinking one percent in the first quarter, which ends today. Note, though, that the GDP Now tracker is not a forecast of inflation but an estimate based on publicly available data already released. It doesn't try to guess at what the data yet to be released might tell us about the economy. As a result, this is a volatile series; so it could be yanked back up to positive territory as we get more data on the economy in the April through June period in the month of July.

The GDPNOW tracker is intended to show what recent data implies for current economic growth. It does not attempt to forecast growth based on unreleased data. So today's negative reading could be supplanted by a positive reading in the future if incoming data is consistent with economic growth.

The question of whether we're in a recession is everywhere. According to a very common rule-of-thumb, two consecutive quarters of economic contraction indicate that the economy is in a recession. We shrank 1.6 percent in the first quarter, so a further contraction in the second quarter would meet this definition.

Officially, however, we might not be in a recession. The official arbiters of when recessions begin and end is a committee formed by a private outfit called the National Bureau of Economic Research (NBER). The NBER says that "a recession involves a significant decline in economic activity that is spread across the economy and lasts more than a few months." This is both more complex and more subjective than the two-quarter contraction rule. And it is a great deal more flexible. The last downturn in 2020 did not last more than a few months, but it was so deep and widely spread that the NBER declared it a recession.

To be sure, if we are already in a recession, it is a weird one. Unemployment is at the near-record low rate of 3.6 percent. Layoffs, as measured by new applications for unemployment benefits, are at levels we would normally associate with a growing economy. Continuing jobless claims are at levels not seen since the late 1960s. Job vacancies remain at historically high levels, and employers are still saying they cannot hire enough workers.

Does a strong labor market mean a recession is impossible? Not necessarily. Just as we experienced a jobless recovery, with very weak employment gains, in the aftermath of the Great Recession and the financial crisis, we could now be undergoing a unemployment-less recession, with very weak growth but not many layoffs. That probably will not last unless the downturn is short-lived. If growth stays negative for long enough, and consumer spending keeps declining, eventually jobs will likely suffer.

Meanwhile, the Biden administration continues to blame Putin for our economic woes. 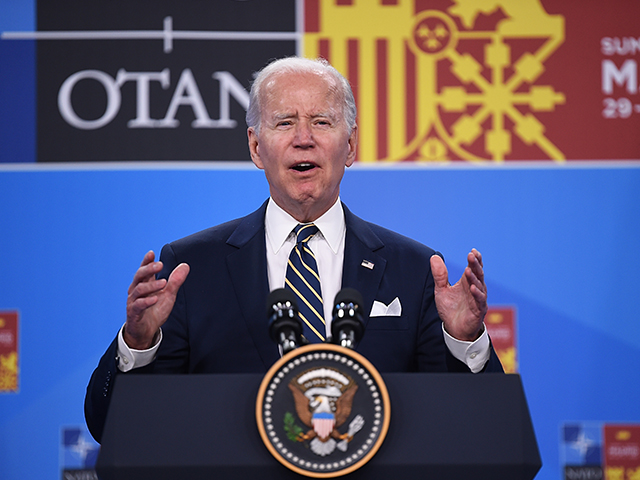 President Joe Biden speaks at a press conference on June 30, 2022, at the NATO Summit in Madrid, Spain. (Denis Doyle/Getty Images)

During his press conference today at the NATO Summit in Madrid, President Joe Biden declared that "the reason why gas prices are up is because of Russia. Russia. Russia. Russia." The incantation is unlikely to work because he forgot to spin around three-times and touch his nose while casting the spell.

As we've pointed out previously, only 11 percent of Americans blame Putin for high prices, and repeating Russia over and over again will not change that. The displacement of Russian supply from the global market is a contributing factor to oil's high price, but it hardly explains most of the increase.

In any case, reasonable people may wonder why a country that could once brag about energy independence now has a market for gasoline so fragile that it can be disrupted by a fight between Russia and Ukraine. It's precisely this sort of the international turbulence that plentiful domestic fuel production should protect us from. So, it is the Biden administration and his allies in both government and the financial sector (we're talking about you, ESG investors and fund managers) who have left us at the mercy of Vladimir Putin's foreign policy.

Breitbart Business Digest: The Incredible Shrinking Biden Economy have 1217 words, post on www.breitbart.com at July 1, 2022. This is cached page on TechNews. If you want remove this page, please contact us.