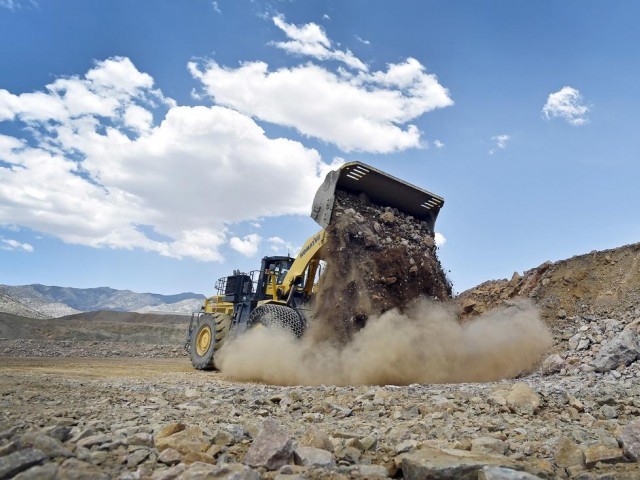 ISLAMABAD: Through the ages of humanity, there has been a desire for metals to be either used as coinage or to showcase triumph or to hold financial reserves or to benchmark currency to a standard.

From the crowns of the sovereigns in Europe to the dowry of the new matrimonial brides in Africa, metals have been a preferred and prized possession.

In chronicled history, conflicts have been brawled, invasions have been steered, sieges have been engineered and battleships have been sunk to obtain them. What makes these elements so beloved is not only their vivacity, shimmer and allure but also their superior intrinsic atomic properties and multi-purpose functionalities.

In today’s high-technology life, metals are a commodity worth billions of dollars to the national exchequer. They are mined in almost every nook and cranny as their ownership gives a monetary bonus, their trade a political royal flush, and their necessity in electronics a modern-day hot streak.

Apart from wearable metals of gold, silver and copper, there are much sought-after high-value colour up casino chips of rare earth metals (REMs).

As the name implies, locating them is a game of chance where dealing is shorthand while they are shuffled across the geographical table with high bets.

REMs constitute a group of 17 elements that occur together in the periodic table, including yttrium and 15 lanthanides. The use of REMs within industrial sectors is both high stakes and high wager.

To date, the total global reserves are estimated at 116 million tons, and $17 trillion bankrolls of electronic goods used them as inputs in 2019.

Over the last decade, China has positioned itself multi-purposely accounting for 85% of the global production, processing and supply of REMs. As a result, many foreign players, including the US, rely heavily on Chinese pit bosses.

The elements range in a chip value of $65,000 per ton to $15,000 per ton. China’s domination over REMs supply has given it a strong upper hand, especially in its recent trade war with the US.

Washington imports 80% of REMs from China that are critical for its hi-tech and defence industries worth trillions of dollars, eg Apple and Lockheed Martin. Any disruption in the flow of REMs could have a major impact on the US national and economic security because of the strategic vitality of REMs.

The US has started to develop its domestic supply and capabilities with the Pentagon funding $5-20 million per exploration project for REMs. However, still, it will take years before they can end their reliance on China.

Among REMs, cerium and lanthanum are currently consumed at the highest odds. But over the next 10 years, the demand for neodymium, dysprosium and terbium is set to exceed, pushed by worldwide production of electric vehicle motors and rising demand for renewable energy.

Pakistan’s total mines and mineral reserves are estimated at over $50 trillion in situ value in 2019, including metallic, fuel, industrial minerals, gemstones, building stones, clays and other resources. Exports of mineral fuels, oils and distillation products accounted for $500 million in 2018.

In the recent past, the government lived in a fallacy after failure of copper-gold projects in Saindak and Reko Diq.

Authorities made bets throughout the lease timeframe to eventually fold in a showdown by handing over national assets to foreign entities. The key explanations for these failures included:

Initial geochemical analysis showed that 12 out of 17 REMs had been found with varying potential. Still, the exact size is yet to be determined and required an in-depth exploration study. REMs are the most precious commodities today and Pakistan needs to place maximum bets on it to cash in on the opportunities. Realistically, Pakistan is not a manufacturing or a processing country, hence, it should earmark the commerce potential with both revenue from sales and barter trade.

Due to REMs strategic importance, an organisational setup should be put in place, under the prime minister, and in close collaboration with supporting arms of armed forces and Pakistan Atomic Energy Commission.

The entire exercise can be done in stages with exploration, extraction, ramp-up production and global marketing with mass production over a five-year timeline.

Experts should be freshly hired or may be brought from different government departments (Geological Survey of Pakistan, Survey of Pakistan, Khan Laboratories, etc), including geologists, radiometric surveyors, drilling/smelting specialists, and security experts.

The project financing should come from the national budget under the ambit of “special strategic projects”. The global REMs market is valued at $10 billion with an 8-10% CAGR and production of 170,000 tons per annum by 2022. If Pakistan secures 2-5% of this market share – with annual output of 3,500-8,500 tons, it can inject $1-2 billion per year into the national pocket over the next five to seven years.

This could change Pakistan’s international status as a high-value player at a high stakes table in the global arena.

The writer is a PhD in Engineering from the University of Cambridge, United Kingdom. He currently serves as Vice President of Core Group in Pakistan

REMs – the most precious commodities have 1266 words, post on tribune.com.pk at April 27, 2020. This is cached page on TechNews. If you want remove this page, please contact us.