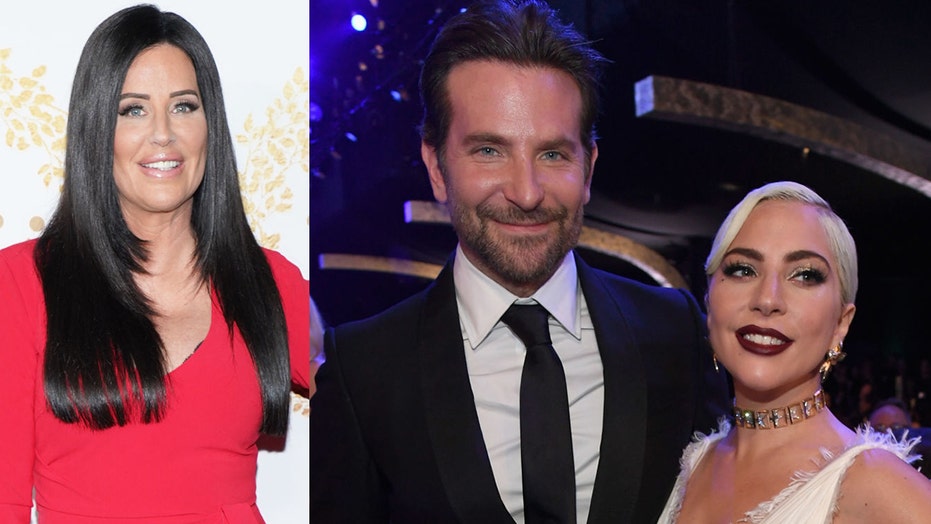 NEW You can now listen to Fox News articles!

BEVERLY HILLS – Patti Stanger is branching out as the producer of Hallmark's upcoming original movie franchise, “The Matchmaker Mysteries,” but that doesn't mean she's neglecting her day job .

The queen of matchmaking is still helping singles find true love and has her eyes on one Hollywood star, in particular: Bradley Cooper .

Rumors circulated earlier this year about a potential romance between the now-eligible bachelor and his “Star is Born” co-star, Lady Gaga , and Stanger told Fox News she wishes they were true.

"I would’ve liked to see him and Gaga together," she admitted. "They would have been a cool couple. I know her and I think I would have been really cool actually. It would’ve been interesting.”

The ” Millionaire Matchmaker ” star went on to say she thinks Gaga, 33, has what it takes to challenge Cooper artistically and seems like a good fit for him.

"They have a really good synergy, and astrologically they're good together. Even though he’s a Capricorn and she's an Aries, that’s a good combination for power. That's a power couple," she proclaimed.

The matchmaking pro sees a lot of chemistry between the duo and thinks had they been single going into filming the Oscar-nominated blockbuster, things might very well have been different.

"Each had significant others and it was bad romantic timing," she said while at the Hallmark Channel and Hallmark Movies & Mysteries Summer 2019 TCA press tour event.

“They have a really good synergy and astrologically they're good together.”

Stanger noted that she's known Gaga for years and while she's never provided any matchmaking services for her, it's been discussed. "We've talked about it.”

Going forward, Stanger would like to see Cooper, 44, take a break from dating models.

"I just think he's really bright; not that models are dumb anything like that. I just think he needs someone who intellectually stimulates him, like an Amal [Clooney]," she explained, adding that he needs someone outside of the industry with her own established career – like a lawyer or doctor and preferably mid to late 30s.

Her advice to Cooper would be to "do it the way George [Clooney] did it. Even though he was way older than Amal, she's British, she's brilliant, she's smart. Maybe a British girl for Bradley."

Meanwhile, Stanger said Gaga needs someone "who can wrangle her but has his own thing and he doesn’t need her to make money."

She revealed that Gaga's past two relationships likely failed due to distance issues. "You're always on planes. You're always in concert. She’s got a residency. It’s very hard. It's great to Skype and it’s great to be on text, but at the end of the day you want to be in front of the person because what’s the point?"

"I really want Irina to find somebody too. I think that being a single mom is really hard out there and she needs the good guy too, a grounded guy, also not in Hollywood. I think she needs a billionaire, like an Elon Musk," Stanger said of the Victoria’s Secret model.

Stanger doesn't blame guys like Cooper and Leonardo DiCaprio for dating models, however: "They're hot! Come on!"

While she challenges them both to "try something new for a change," she admitted that she's not hating the “Once Upon a Time in Hollywood” star’s current love interest, 22-year-old model Camila Morrone .

"Even though [Leo's] dating somebody younger than him, she’s not a hottie patottie; she’s a really normal girl. Let’s give them a chance," she quipped.

And Stanger is really hoping that the perpetual bachelor ties the knot sometime soon. "He’s got good aspects astrologically to get engaged and get married, either in 2020 or 2025."

While Stanger is gunning for a DiCaprio and Morrone wedding, she's 100 percent willing to offer up her matchmaking services to the currently single Gaga or Cooper.

As for herself? Stanger, currently single, is throwing her name in the ring for Brad Pitt .

Bradley Cooper and Lady Gaga would've been a 'power couple,' says 'Millionaire Matchmaker' star Patti Stanger have 1157 words, post on www.foxnews.com at August 16, 2019. This is cached page on TechNews. If you want remove this page, please contact us.